Early Radnor: The Stories Behind Our Photographic Past – Presented by Phil Graham 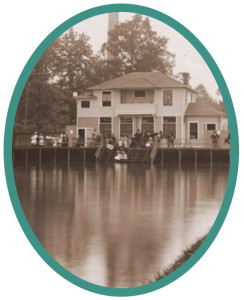 The new and permanent photo display in Radnor Memorial Library’s Winsor Room shows just a few of the thousands of local images preserved by Radnor Historical Society and its partners. RML Board Members selected favorites from the archive that would best represent the history and development of Radnor Township. Former Radnor Historical Society board member Phil Graham restored them from their faded and damaged state, meticulously enhancing hidden areas that had to be coaxed from the shadows. In the process, he collated the story behind each vintage photograph, unearthing fascinating anecdotes that will explain their historical significance. Graham’s presentation will illustrate the process of magnifying clues often hidden in plain sight, relating some of the stories in a way that remind us how much Radnor has changed in the last 150 years.

Janny Scott, author of The Beneficiary: Fortune, Misfortune, and the Story of My Father 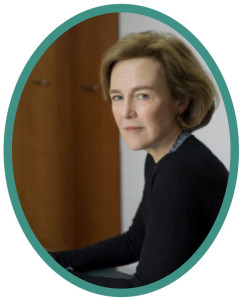 Janny Scott, a 15-year reporter for The New York Times, was part of a team that won the 2000 Pulitzer Prize for national reporting. Join us at the Library as the author discusses the impact that Ardrossan, the Main Line estate, had on her father, Robert Montgomery Scott. Land, houses, and money tumbled from one generation to the next on the eight-hundred-acre Ardrossan that was built by Scott’s investment banker great-grandfather. Some beneficiaries flourished, like Scott’s grandmother, Helen Hope Scott, a celebrated horsewoman said to have inspired the film, The Philadelphia Story. For others, she concludes, the impact was more complex.

In the Spirit of Walt Whitman: Praise by Four Local Poets 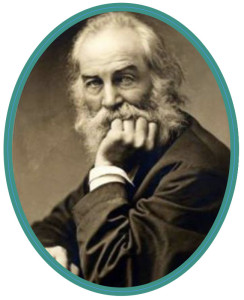 This special event is a poetry reading that will show how this American poet, Walt Whitman (1819-1892) has influenced poets internationally with his unique style of passion and Americanisms. As we celebrate Whitman’s birth, two hundred years ago, four local poets – Ray Greenblatt, Lisa Baron, Bill Van Buskirk, and Eileen D’Angelo – will read their original poems inspired by Whitman. Each poet speaks in his/her own unique voice. These four poets have been published in periodicals around the world and have many books to their credit. They have given readings in the Philadelphia area for a number of years and are thrilled to be bringing live poetry to RML in 2019.

In 1901, three of the most prominent illustrators of the 20th Century were bold female artists who lived together at their studio, Red Rose Inn in Villanova. Contemporaries of Howard Pyle, N.C. Wyeth and Maxfield Parrish, they lived lifestyles representative of the feminist “New Woman” ideal that grew in the 1890s, having great influence on Women’s Rights Movements in the 20th century. Violet Oakley, Jessie Willcox Smith and Elizabeth Shippen Green stand out as great artists of the Golden Age of Illustration and important feminists, establishing that women could become successful artists in a male-dominated business. Lecturer and performer Steve Pollack returns to the library to explore the lives of these artists, their role in the feminist movement and their impact on illustration, art and the role of women who were inspired by their achievements. 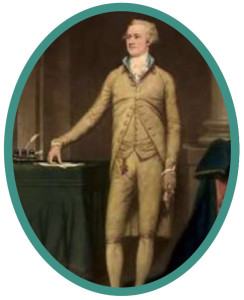 Local historian Jim Segrave-Daly will present a lively presentation on Alexander Hamilton, one of America’s most important, yet under-appreciated Founding Fathers. Segrave-Daly will discuss the impact that Hamilton had on his adopted country, from his service during the American Revolution to the founding of our nation and Hamilton’s untimely death. As chief architect of America’s political and financial systems, the ripple effects of Hamilton’s actions continue to be felt today.

The American Civil War marked the violent birth of modern medicine. In 1860, fewer than 300 physicians in America had probably witnessed surgery or gunshot wounds. A uniquely American spirit propelled both Union and Confederacy in courageously facing the massive devastation with their limited knowledge, experience and supplies. Carole Adrienne is the producer/writer of a four, one-hour episode, new documentary series on Civil War Medicine now in production, sponsored by the Greater Philadelphia Film Office. Adrienne addresses the revolutionary changes that took place as a result of the medical crisis. This lecture and slideshow is a 45-minute preview of the series that features more than 3,000 rare, beautiful, and emotional images, followed by the 5-minute trailer for “Civil War Medicine: The Documentary Series.” Adrienne is an experienced researcher who has worked with primary source documents and specialists from more than 50 American institutions and organizations to create these documentary scripts.

Michael Shaw, author of A Mall and Its Legacy: The King of Prussia Mall 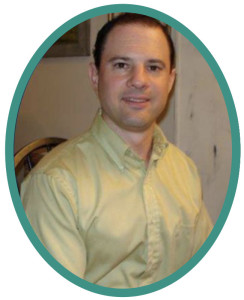 Local author and King of Prussia resident Michael Shaw returns to talk about his new book on the famed King of Prussia Mall. Shaw extensively researched the entire 58-year history of the mall. The author’s presentation will include showing images, a talk about the historical backdrop of Upper Merion Township, and the emergence of the highways that led to the mall being built. Books will be available for purchase at the book signing.

Join us and the North Wayne Protective Association for a festive occasion full of music, treats, and history! 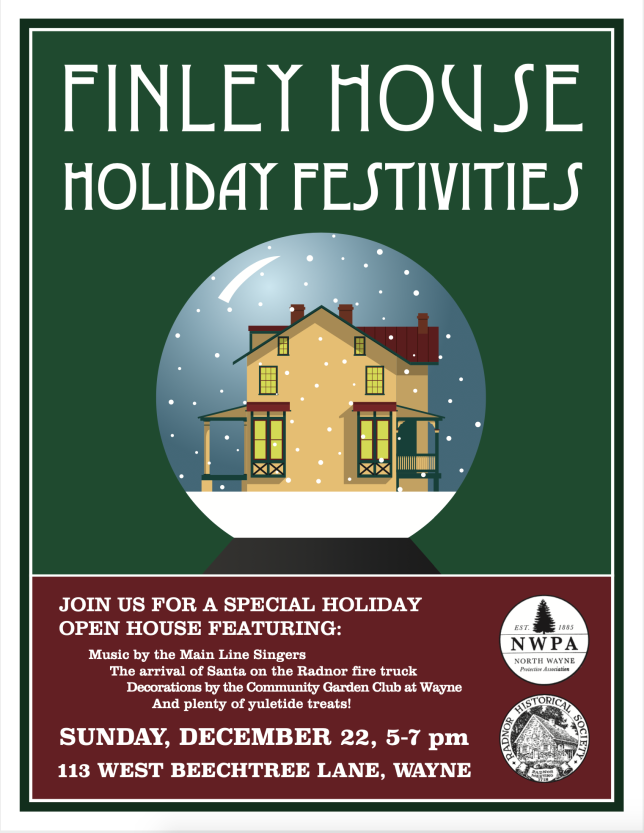 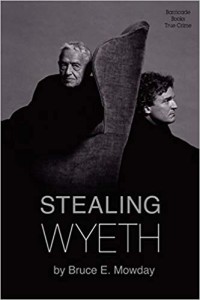 Stealing Wyeth recounts the theft of 15 famous works of art worth millions of dollars from the estate of Andrew Wyeth in picturesque Chadds Ford, Pennsylvania. The new book, written by award-winning author and newspaper reporter Bruce Mowday, details information about the Wyeth family, the theft, the criminals, and the law enforcement team. The former reporter, who has covered murder trials and criminals, is a huge fan of the Brandywine River Museum. When those two things intersected, he knew it was a story he had to write. Books will be available for purchase. 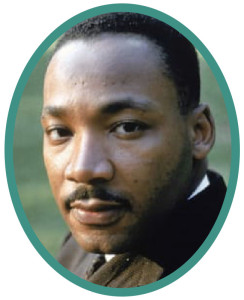 How can history deepen our understanding of democracy and prompt civic engagement? Mr. Ruby will demonstrate how the case method can do just that. Using primary sources and research materials developed by the Harvard Business School, the teacher will use questioning techniques to broaden our knowledge, prompt critical thinking, and guide our examination of the past. It’s a wonderful way to view the present and shape the future. Experience civic education at its best! 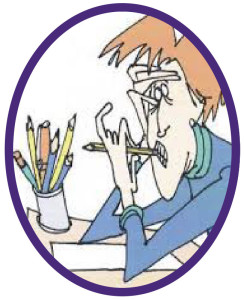 Signe Wilkinson is the first female cartoonist to win the Pulitzer Prize for Editorial Cartooning (1992) and her work is described as having a unique style and famous irreverence. Born into a Quaker family in Texas, Wilkinson graduated from the University of Denver and later attended the Pennsylvania Academy of Fine Arts. She also worked for the Quakers and the Academy of Natural Sciences of Drexel University before workng for a housing project in Cyprus. This job ended due to a coup d’etat followed by a military invasion from Turkey. Realizing her interest in both art and politics, Wilkinson began her career in journalism, working for numerous publications in West Chester, Philadelphia, and at the San Jose Mercury News. She has also launched a syndicated comic strip and published collections of her work. Wilkinson was once named “the Pennsylvania state vegetable substitute” by the former speaker of the Pennsylvania House of Representatives.

Under the Bonnet, a play by Shelli Pentimall Bookler presented by Beacon Theater Productions 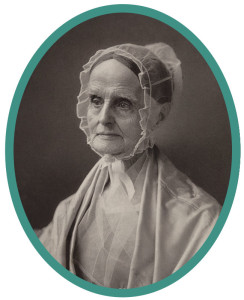 Lucretia Mott was a Quaker, wife, mother, teacher, orator, friend, activist, and a symbol of strength and determination. A tenacious woman who spent her life fighting for the rights of women and African Americans, Mott abided by the Quaker tenet that all people are equal. Lucretia and her husband James Mott, along with celebrated orator and champion Frederick Douglass, were among the signers of the Declaration of Sentiments at the first Women’s Rights Convention in Seneca Falls, New York in 1848. The 40-minute play is presented by Beacon Theater Productions and cosponsored by Radnor Memorial Library and the League of Women Voters of Radnor Township. 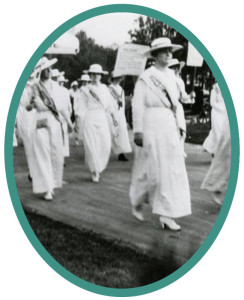 After decades of advocacy, women won the right to vote in 1919–just one hundred years ago. How does this struggle deepen our understanding of the decades of delay and controversy surrounding the Equal Rights Amendment? Using research materials and primary sources developed by the Harvard Business School, Radnor High School teacher Mr. Ed Ruby will help us make the connections. Through strategic questioning techniques, Ruby will broaden our knowledge, prompt critical thinking, and guide our examination of the past. Don’t miss this opportunity for learning about civics in a whole new way as we reflect on the present and shape the future. 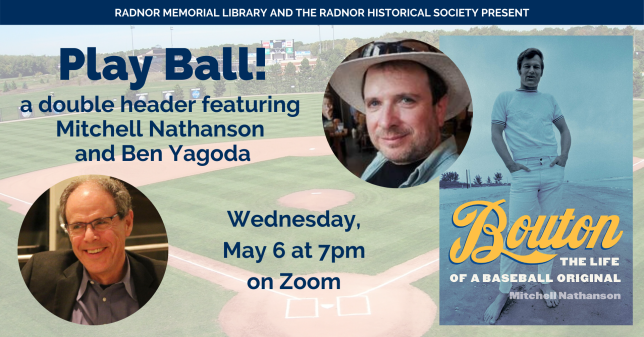 Mitch will be joined by writer Ben Yagoda, a Swarthmore resident and author of About Town: The New Yorker And The World It Made and many other books. Booklist calls the Bouton book– “a witty biography” that is in part “an inside-publishing exposé,” providing “fascinating details on Bouton’s post-Ball Four life.” 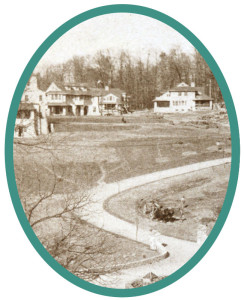 A specialist in historic property marketing of Will Price homes in our region, J. Scott Laughlin, a Realtor, will present the amazing history of the primary architect for the original developments of North and South Wayne. Price designed over 100 houses in Radnor Township, and beyond. Laughlin will talk about the career of this remarkable man that lasted only 38 years, and his lasting legacy left in Wayne, then Overbrook Farms, designing the model homes for developer-builders Wendell & Smith. Laughlin lives in a Will Price-designed Arts & Crafts bungalow in Rose Valley and is an active member of both Rose Valley Museum & Historical Society and Radnor Historical Society.

Annual Dinner at the Saturday Club 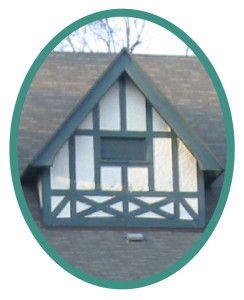 The Society continues its tradition of inviting members and friends to a notable local historic place to share a meal and learn about the remarkable past of the region we call home. The landmark we will visit this year is the Saturday Club, built in 1899 from a design based on Shakespeare’s home in Stratford-Upon-Avon by prolific local architect David K. Boyd. Dinner will be accompanied by a program relating to the history of the Club.

Seating will be limited. Registration and information about pricing, meal options, and how to reserve your place will be sent early this spring. Keep an eye on your mail and watch for announcements on our website. 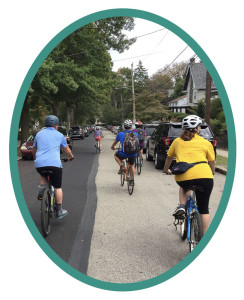 Starts at the Finley House

The historic architecture of Wayne is among the best in suburban Philadelphia, from downtown landmarks like the Art Deco Anthony Wayne movie theater to the groundbreaking planned developments of the 1880s and ‘90s built by Wendell & Smith to great estates like Walmarthon, now Eastern University. Join local historian Greg Prichard on a ride lasting about 90 minutes with many stops and some gentle hills. This event will be limited to 25 attendees. Tickets are $15 and will be available to order online in March.

Co-sponsored by the Radnor Historical Society, the Lower Merion Conservancy, and the Young Friends of the Preservation Alliance of Greater Philadelphia.